Mompha has reacted to the move by the EFCC to declare him wanted, as he shared his own side of the story.

The famous Instagram celebrity took to social media to make strong allegations against the anti-graft agency. 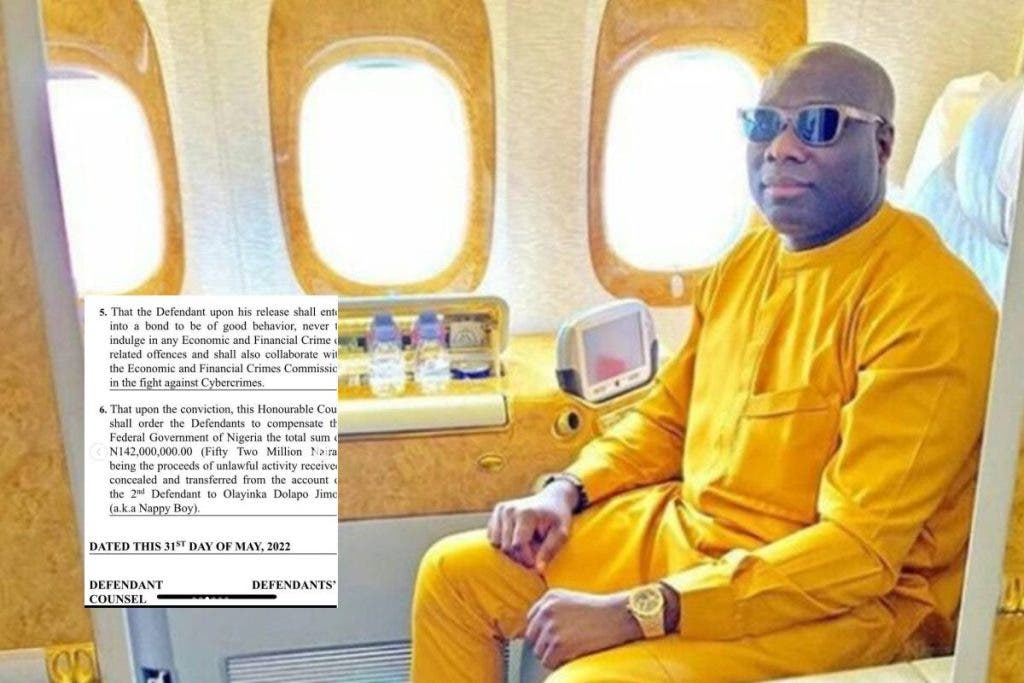 The Economic and Financial Crimes Commission in a notice on Wednesday signed by its spokesperson, Wilson Uwajaren, said the embattled social media celebrity was wanted for a criminal offense.

âThe general public is hereby notified that ISMAILA MUSTAPHA, whose photograph appears above, is wanted by the Economic and Financial Crimes Commission (EFCC) in an alleged case of Retention of Proceeds of Criminal Conduct, Possession of Document Containing False Pretences, False Asset Declaration and Laundering of Proceeds of Unlawful Conduct.

Mompha will react by taking to his social media page to share his own side of the story. See what he wrote below; 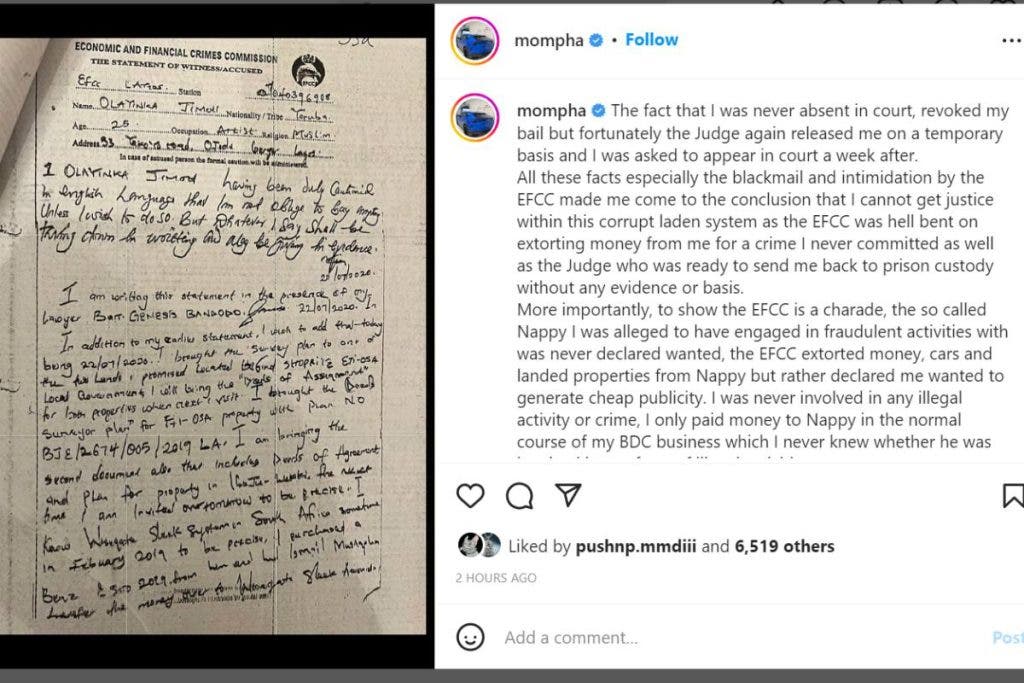 MOMPHA WANTED BY THE EFCCâ – THE TRUTH STORY

After my arrest and arraignment on the first case at the federal high court Lagos, on the 10th of December 2021, the court gave me judgment and ordered EFCC to release my wrist watches and other valuables in their custody to me for been unlawfully seized. Being a bitter agency, the EFCC in dissatisfaction with the judgment of the court on the release of my wristwatches came up with another trumped up charges against me.

On the 10th of January 2022 while I was at there office at Okotie Eboh to retrieve my wristwatches in compliance with the judgment of the court and immediately after collecting my wristwatches, they held me down at their office and charged me to court the following day on the frivolous charges.

I was arraigned before a familiar Judge to the EFCC and in effect I was given a very difficult bail to meet as a result of which I ended up spending over two months in prison custody while making efforts to meet the difficult bail. After several attempts to meet the bail conditions failed, I successfully applied for the bail conditions to be reduced which eventually led to my release.

Upon my release I traveled outside Nigeria to check on the welfare and wellbeing of my family and returned to Nigeria shortly only for the EFCC Corrupt lawyer, Rotimi Oyedepo rather than focus on the establishing his criminal case against me along with the EFCC operative Kaina Garba, chose to capitalize on the fact that I travelled to blackmail me into entering plea bargain with EFCC else he would inform the Judge I travelled and ensure my bail is revoked therefore making me have no choice than to dance to his tune.

When it became obvious to EFCC that I wasnât going to sign the plea bargain and play to their game, they informed the Judge I travelled and the Judge without any concrete evidence and disregard

The fact that I was never absent in court, revoked my bail but fortunately the Judge again released me on a temporary basis and I was asked to appear in court a week after.

All these facts especially the blackmail and intimidation by the EFCC made me come to the conclusion that I cannot get justice within this corrupt laden system as the EFCC was hell bent on extorting money from me for a crime I never committed as well as the Judge who was ready to send me back to prison custody without any evidence or basis.

More importantly, to show the EFCC is a charade, the so called Nappy I was alleged to have engaged in fraudulent activities with was never declared wanted, the EFCC extorted money, cars and landed properties from Nappy but rather declared me wanted to generate cheap publicity. I was never involved in any illegal activity or crime, I only paid money to Nappy in the normal course of my BDC business which I never knew whether he was involved in any form of illegal activities or not.

Finally it was obvious entering the plea bargain with the EFCC, which they wanted to force me into at all cost, means I would be convicted for a crime I did not commit and therefore become an ex convict and this is what EFCC set out to achieve with me to enable them generate more social media publicity hence the desperation in falsely declaring me wanted and misleading the public.

I want the general public to know I am not wanted by the EFCC but rather the court issued bench warrant for my production in court on the next court sitting, I didnt steal from anyone or involve in any money laundering still dont know why efcc are so jobless that they want to tarnish my image😡 last last na international court go settle this matterÂ @officialefcc 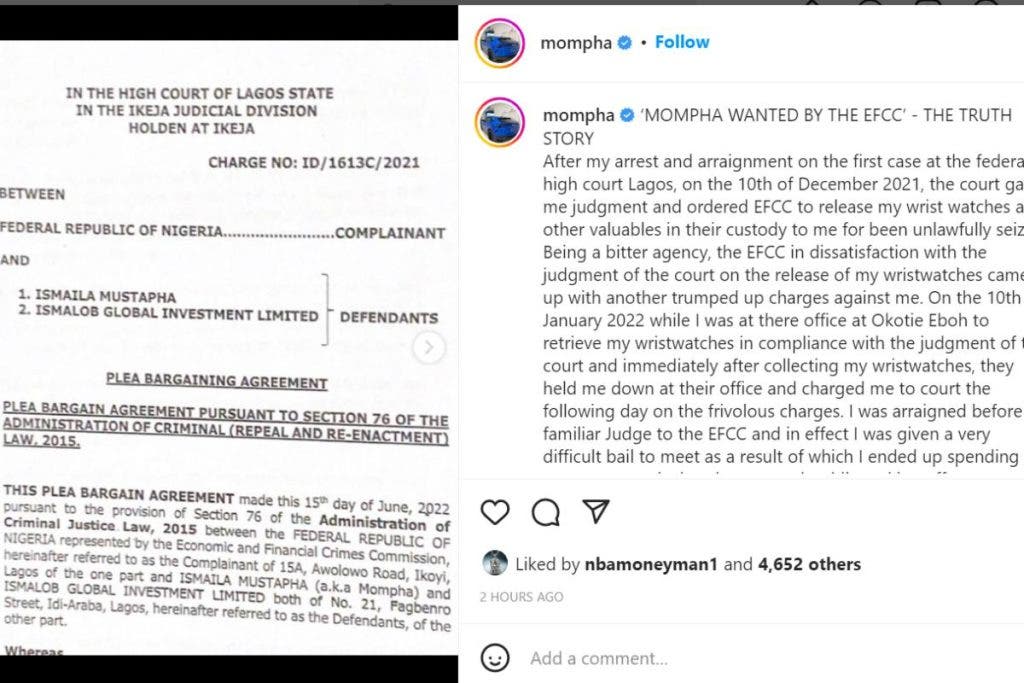