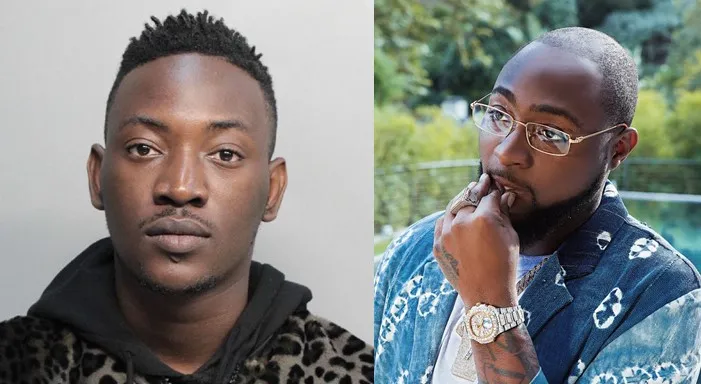 He claimed that Davido refused to pay him for co-writing his 2017 hit song, Pere featuring American rappers, Rae Sremmurd and Young Thug.

Dammy Krane took to his Twitter account and tagged OBO, saying that he did not want to resort to calling him out online but he was left with no choice because all he didnât get any response despite private appeals.

He also shared a screenshot of Davidoâs tweet from 2017, where he revealed that Dammy was among the songwriters.

He further asked the âFIAâ hit maker to send him the money thatâs due him for co-writing Pere.

Dammy wrote; ââMy Blooda @davido Run the check 💰 I don reach out to people over the years based on split sheet & outstanding, No response , we no gats Dey get this convo here 🤞🏾â