A man in Florida confessed to fatally stabbing his mother on Tuesday, Nov. 29, because “she never pushed me to be a man,”Â authorities said. 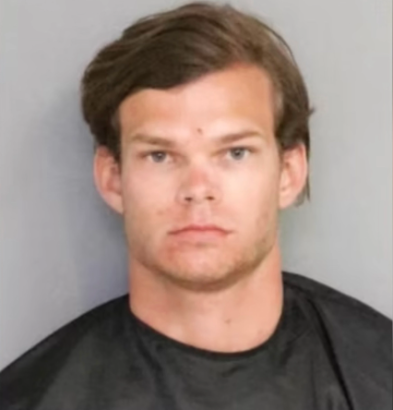 Matthew Sisley, 21, is accused of killing his mother at her home in Kissimmee, Florida, and lacerating his sisterâs hands when she tried to intervene in the attack, according to court documents and aÂ statement from the Osceola County Sheriffâs OfficeÂ posted on its Facebook page.

A bloody Sisley confessed to the crime after authorities caught him on Tuesday afternoon.

According to the sheriff’s office, he confessed and said, “I would do it again.”

When a detective asked if Sisley thought his mother deserved to get stabbed, the statement said he responded, “Yes.Â Because she never pushed me to be a man.”

Sisley was booked in the Osceola County Jail on a charge of domestic aggravated battery with a deadly weapon. Authorities have said additional charges are forthcoming.

Jail records Friday, Dec. 2, showed Sisley remained at the facility on the battery charge with an additional charge of premeditated murder. His bond in the jail indicated $0, according to records.

According to a motion for pre-trial detention filed by state prosecutors Wednesday, Nov. 30,Â in the Ninth Judicial Circuit Court in Osceola County, Sisleyâs sister witnessed the deadly attack.

The motion said: “The victim heard their mother screaming for her life. When the victim came out of her room, she observed the defendant stabbing their mother multiple times with a kitchen knife.

“The victim attempted to intervene and sustained multiple deep lacerations to her hands from the defendant cutting her.”

The motion asked the court to keep Sisley in jail without bond.