A man has taken to social media to cry out for help after a recent incident made him discover that he is dating a Kung Fu artist. 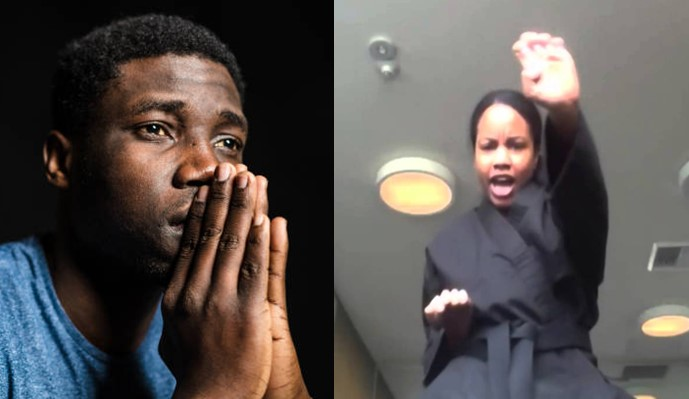 The troubled boyfriend narrated how she did something that angered him and he slapped her twice.

However, he was unaware that she has been trained in martial arts because she has a calm and peaceful demeanor.

He explained that after he slapped her, he did not know when he landed on the floor as a result of a destabilising kick she gave him.

According to the man, he later found out that the girl he has been dating for six months is a black belt holder.

He also revealed that she later apologised for beating him and he apologised to her as well.

But he no longer feels comfortable being in the relationship, and wishes to break up, however, he is scared on how to tell her that he wants to breakup.

âMy girlfriend of 6 months did something wrong to me and I slapped her twice the next thing could remember was seeing myself on the floor, I donât know how she did it with her leg. I just got some information this week that sheâs a black belt holder but she doesnât look it because of how soft and calm she looks.

Sir, she beat me oo but she later apologized for everything, and I to did the same. Weâre cool now but I still look at her with that eye need advice on how to tell her we should break up.â 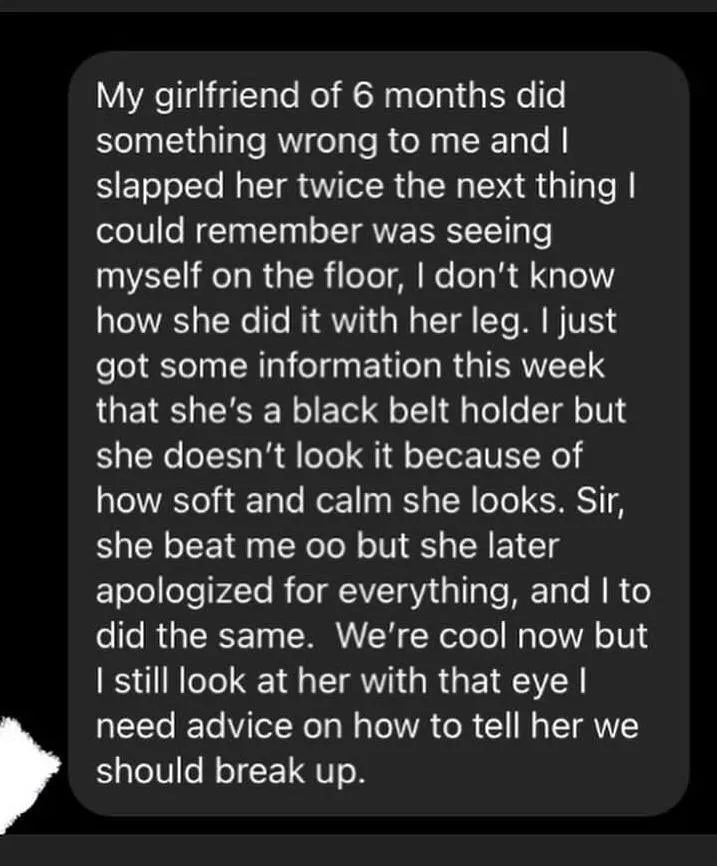