A New Jersey art teacher is under fire from parents at her preschool who believe her voluptuous curves and figure-hugging dresses are a clear distraction to the childrenâs learning. 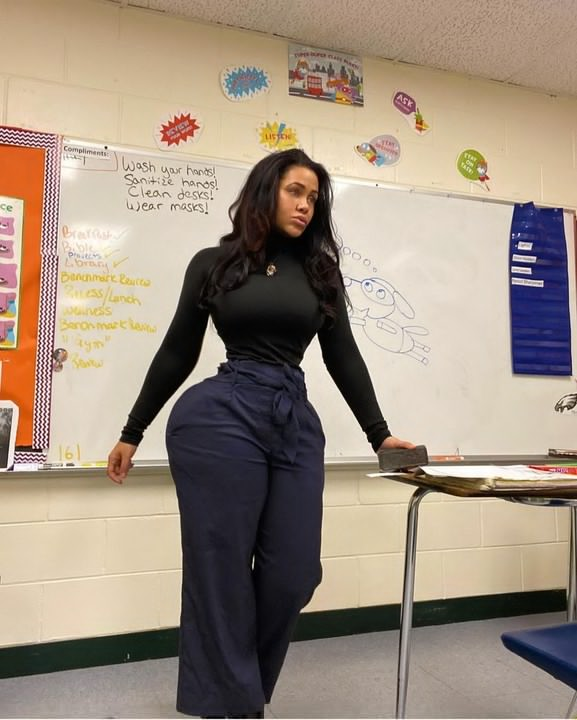 The woman, who is simply known as The Art Teacher under her toyboxdollz social media handle, has amassed a huge following online, with over 782,000 followers on Instagram alone, as she regularly updates her fans with photos and videos taken from her art classes.

But in the comment section of her posts, some people appeared to agree that they, too, would find it hard to concentrate if she was their teacher. âLol, why didnât my art teacher look like this when I was in school? I would have never missed a class,â 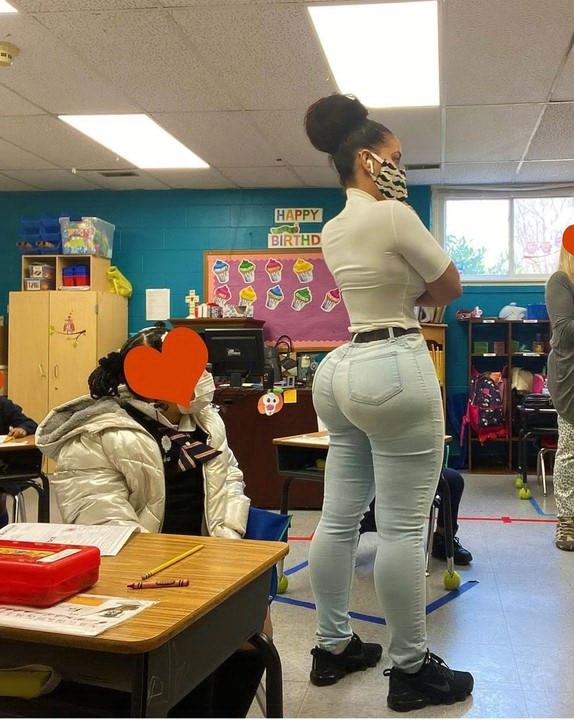 One user wrote while another continued, âNot going to lie, but I kinda see why parents are mad. I donât know how Iâd feel about my 5 year old learning from a teacher with a Kim K figure.â

Some parents are calling for her to be fired while others say she should just wear clothes that hide her curves.

Under both New Jersey and federal labor law, it would be illegal for a school to fire a teacher based on their physical appearance, which is perhaps why thereâs been no action taken against the supposed complaints that have been made in regards to the womanâs looks. Meanwhile, on Twitter, one person argued, âLetâs be realâ¦ Those moms are really worried about the days that the dads might have to drop off and/or pick up. Their demand has nothing to do with the kids.â

The Art Teacher appeared to have addressed the criticism regarding her body in the past, alluding that the comments made by people who arenât even aware of what it took to get to where she is today could ultimately lead her to lose the income thatâs supporting her family. 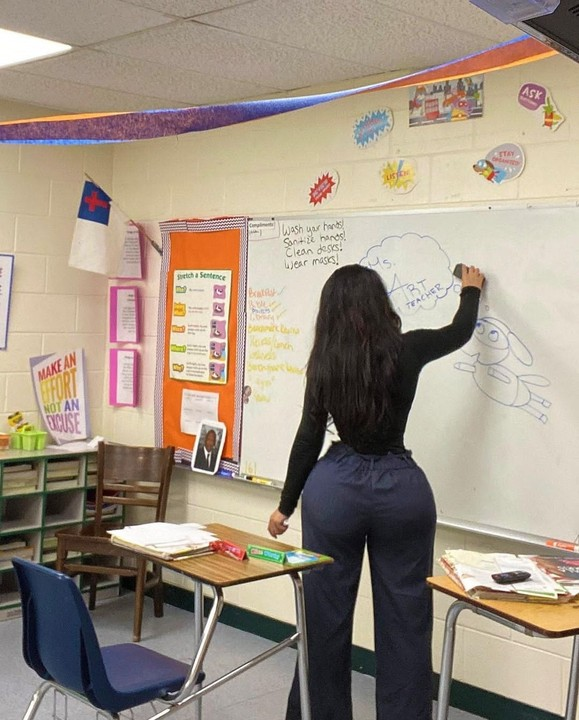 Clearly bothered by what she had read about herself online, she issued a lengthy response, writing, âArtist, art teacher, influencer, etc. I have worked for years to become the woman I am today. Strong, successful, loving, motivated, etc. Unfortunately, being an influencer makes it easy for most people to dismiss the immense amount of work it takes to get to where I am today.

âMost of the time we only show the final results, so people tend to completely discount the immense amount of work it takes to get here. Even worse, some people believe that we are made of stone and that we have no feelings. Some forget the fact that their lack of empathy can lead us to lose the income we use to support our families or our emotional controlâ¦â

Judging by her recent Instagram photos, it would appear as if the Art Teacher is very much still employed and committed to continue teaching at her preschool.

KOLABOY - KOLA FROM THE EAST (EP)