A Nigerian man has gotten presidential applause in Uganda for inventing electric bikes in the country. Media sources identified the Nigerian man as a talented engineer and scientist in Uganda. His name is Professor Emeka Akaezuwa and he is said to be the Vice Chancellor of the International University of East Africa in Uganda. 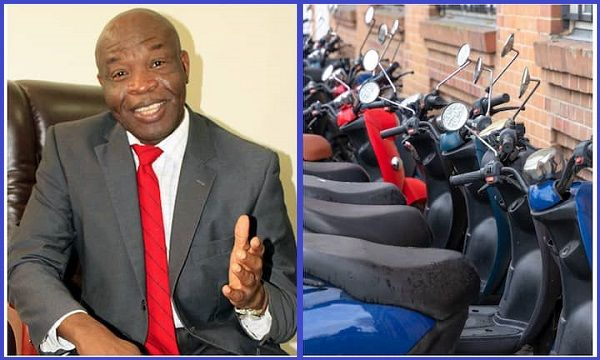 It is often said that Nigerians love to show their strength, talents and creativity wherever they find themselves across the world.

This has just been proven once again by Professor Emeka Akaezuwa who is now praised for inventing electric bikes in Uganda. Despite being a Nigerian man working as Vice Chancellor of a school in Uganda, he is still giving all his best to improve the country in his own way.

The wonderful engineer led a team of talented researchers to build electric motorbikes that are fully functional. As a matter of fact, the bikes are said to be plying public roads already in Kampala, the capital city of Uganda.

He mentioned that e-bikes will serve as a good solution for people facing fuel problems in Uganda. Also, e-bikes are obviously a great means of departing from petrol-powered vehicles. What is more interesting about the Nigerian manâs project is the fact that he developed electric bikes using local talents in Uganda. It feels so good to always see Nigerians abroad doing great things and making the nation proud overseas.

Married dancer, Jane Mena brags about how she used her body to snatch someones man