Qatar are out of the World Cup – the first time a host nation has been eliminated after just two games.

The Netherlands’ 1-1 draw with Ecuador on Friday was enough to seal the Middle East country’s fate after the home side lost 3-1 to Senegal earlier in the day. 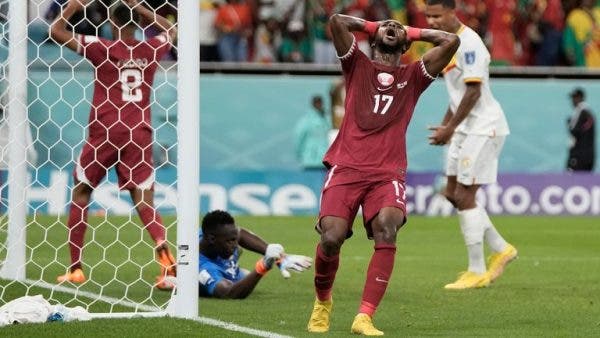 Senegal, the African champions, currently lie in third spot with 3 points and theoretically could still progress if they overcome Ecuador on Tuesday.

At the Khalifa Stadium, the Dutch went in front thanks to a stunning strike from PSV Eindhoven forward Cody Gakpo on 6 minutes.

Ecuador then levelled matters in the 49th minute courtesy of Enner Valencia who tapped in his third goal of the tournament.

The South Americans had a goal from Brighton wing-back Pervis Estupinan disallowed on the stroke of half-time and also hit the bar close to the hour mark through Gonzalo Plata.