Popular writer Solomon Buchi has been called out by some set of women on Twitter for allegedly sliding into their DMs to beg for money. 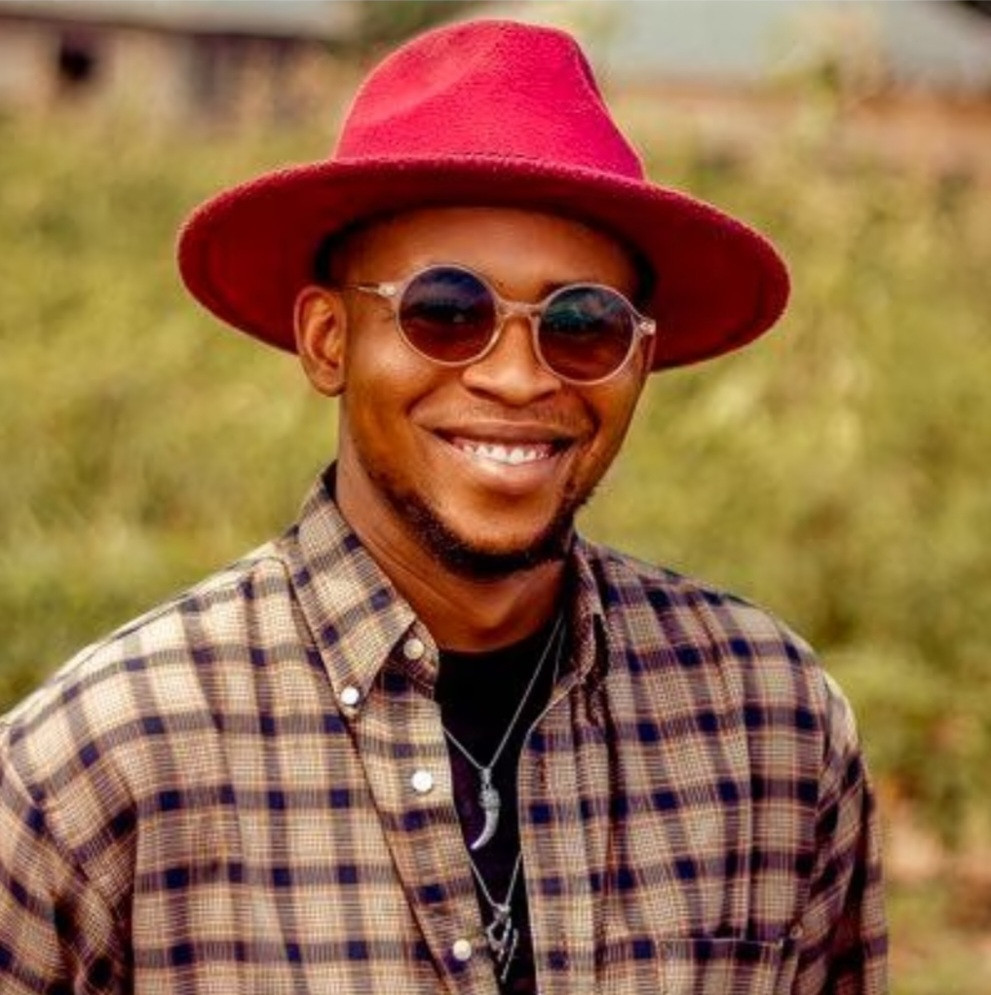 This was after he asked men to stop sating broke women.

Solomon, who recently went viral for saying his fiancÃ©e is not the most beautiful or most intelligent woman but he chose her, went viral again when he advised men not to date women who don’t have money.

His tweet angered many women and they began sharing screenshots of their chats with him.

Many said he slid into their DMs to stylishly beg for money or other pricey items.

One chat shows a user purported to be Solomon, showing interest in a woman because she had “London” on her profile.

Other screenshots show him telling women that he’s broke and needs money.

The women who exposed the chats told him he’s not in a position to broke shame women because he is no better. 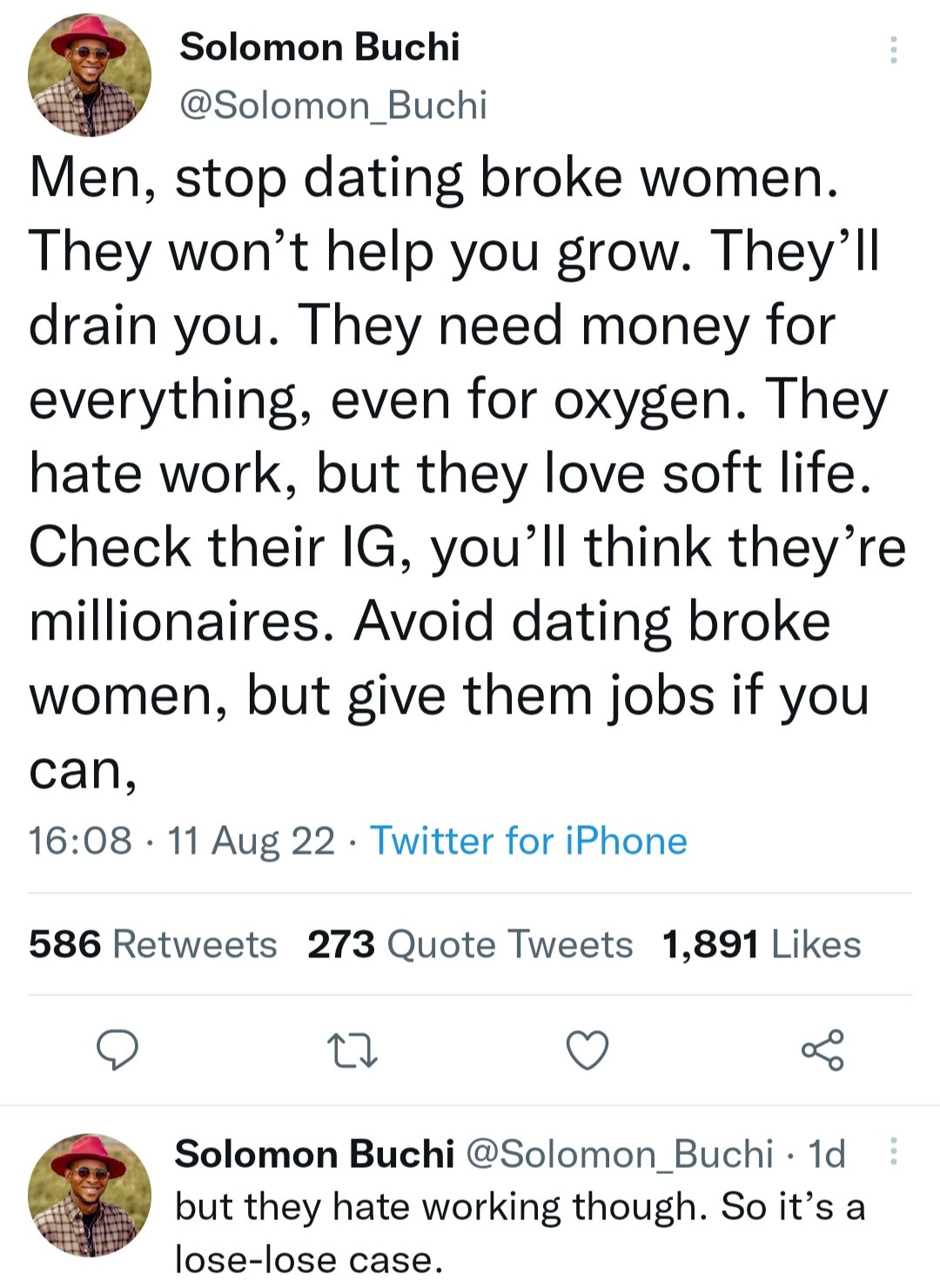 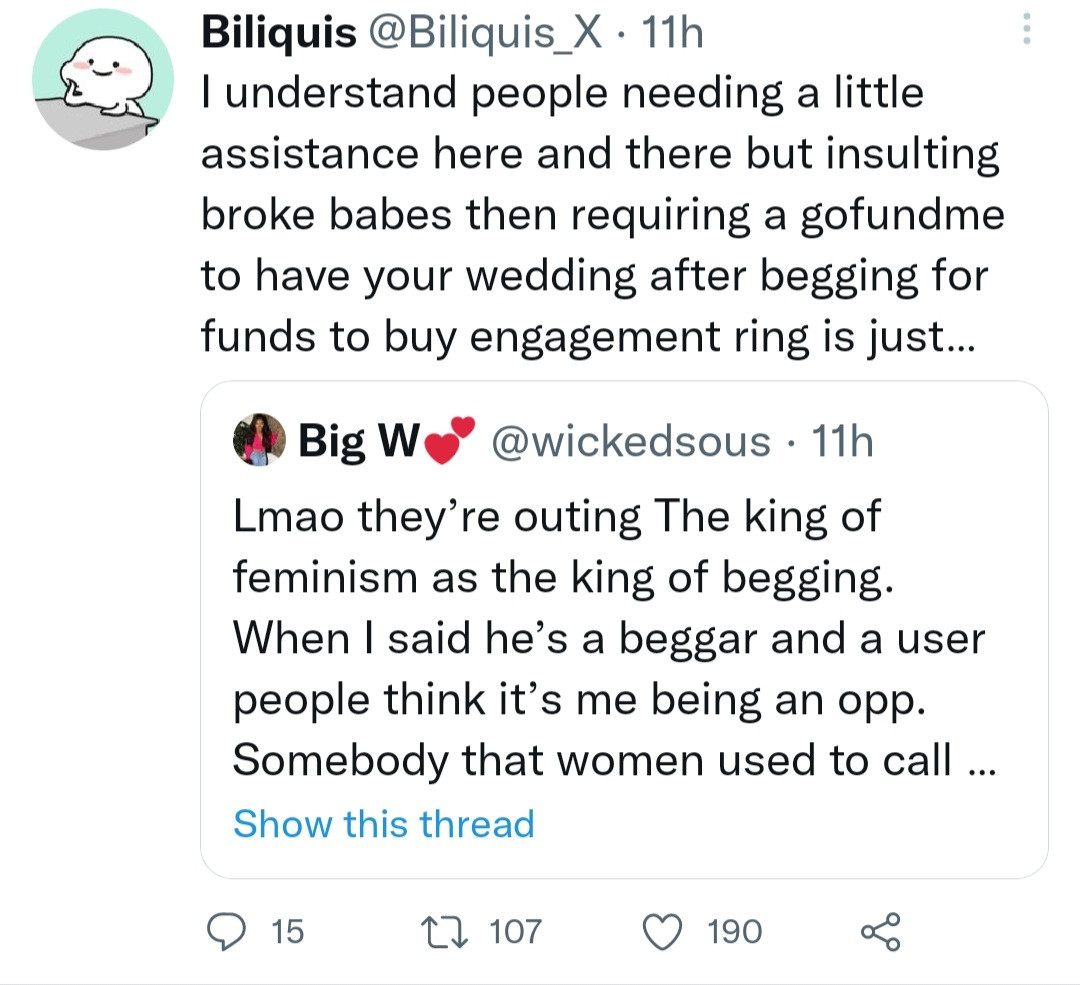 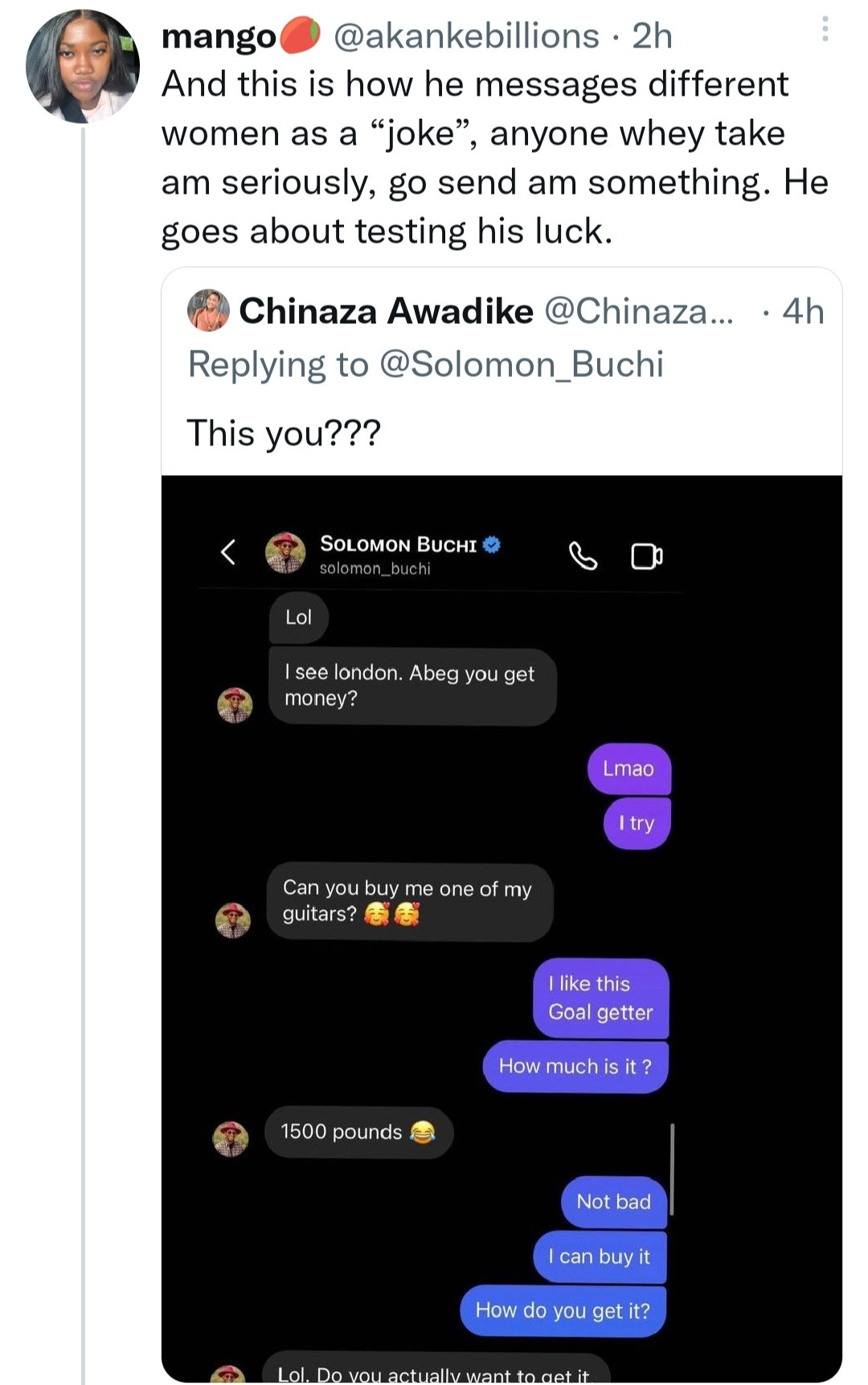 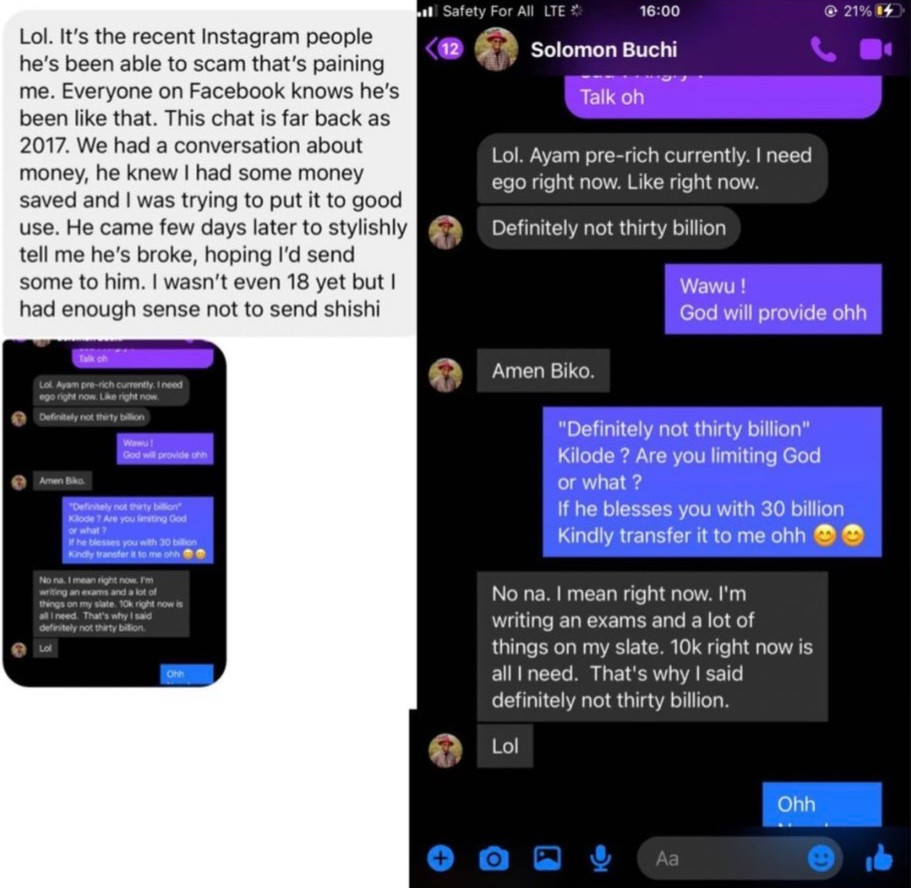 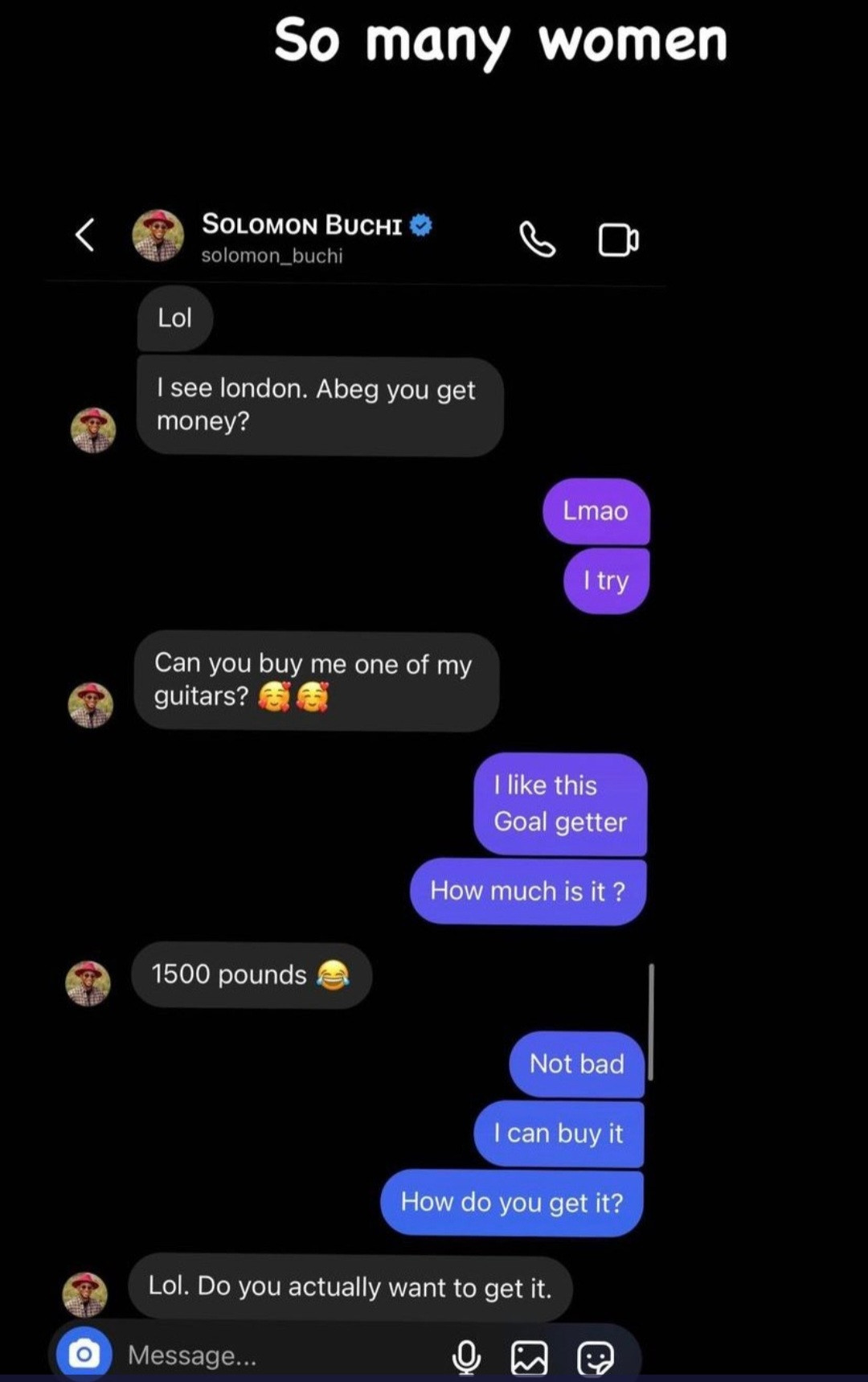 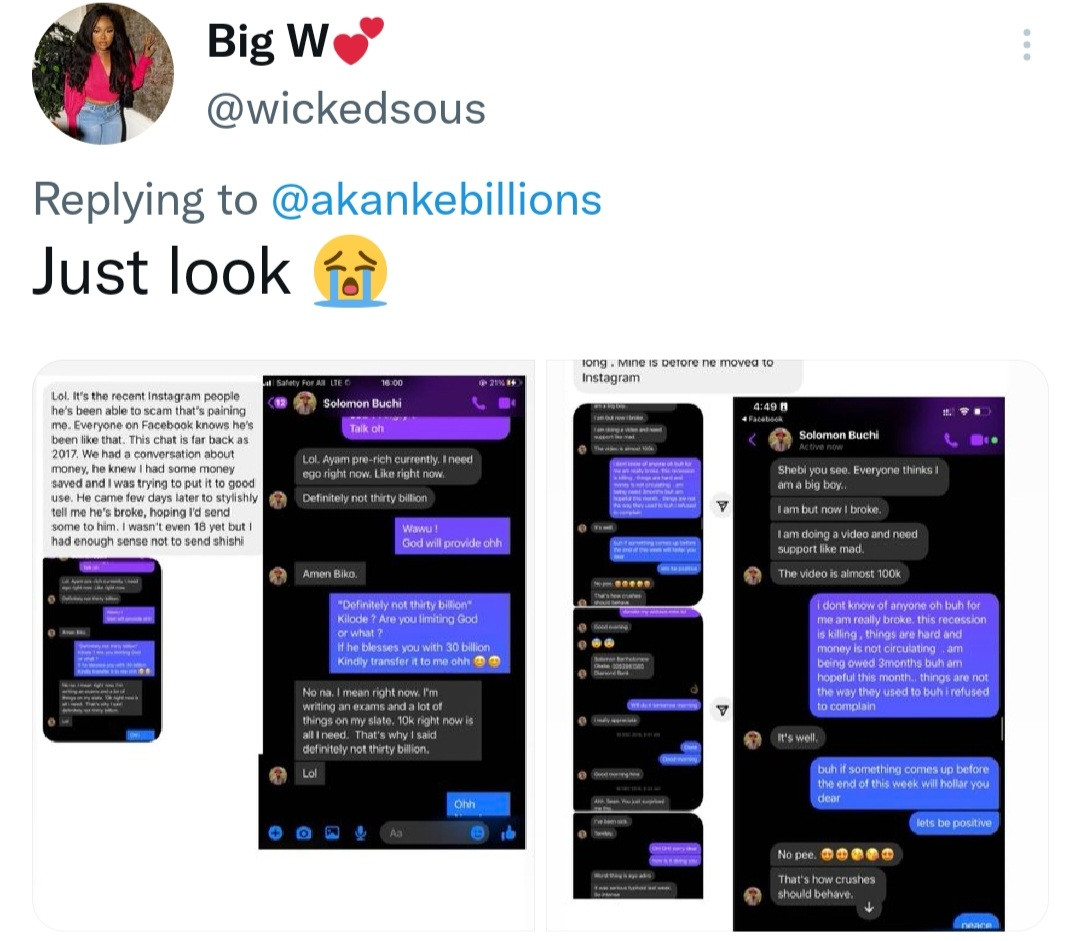 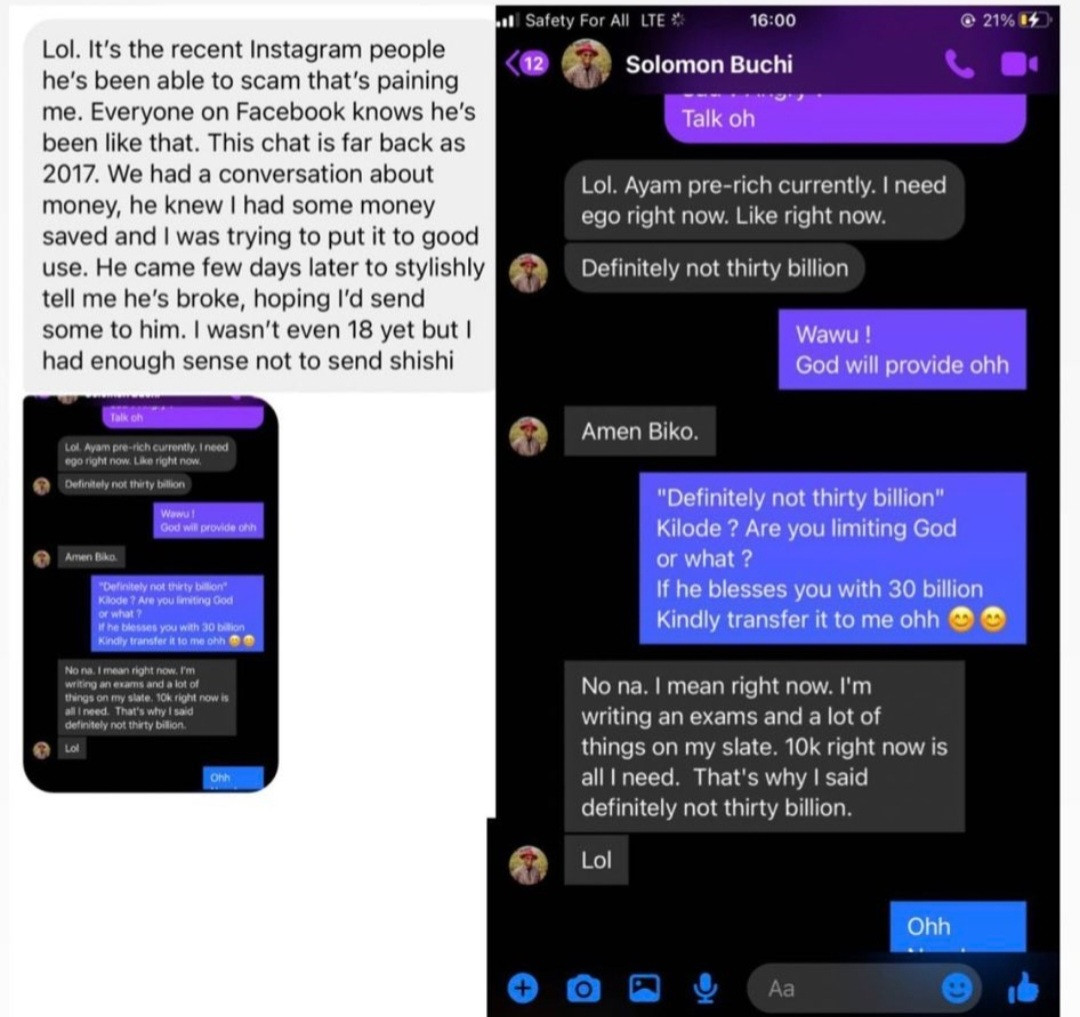 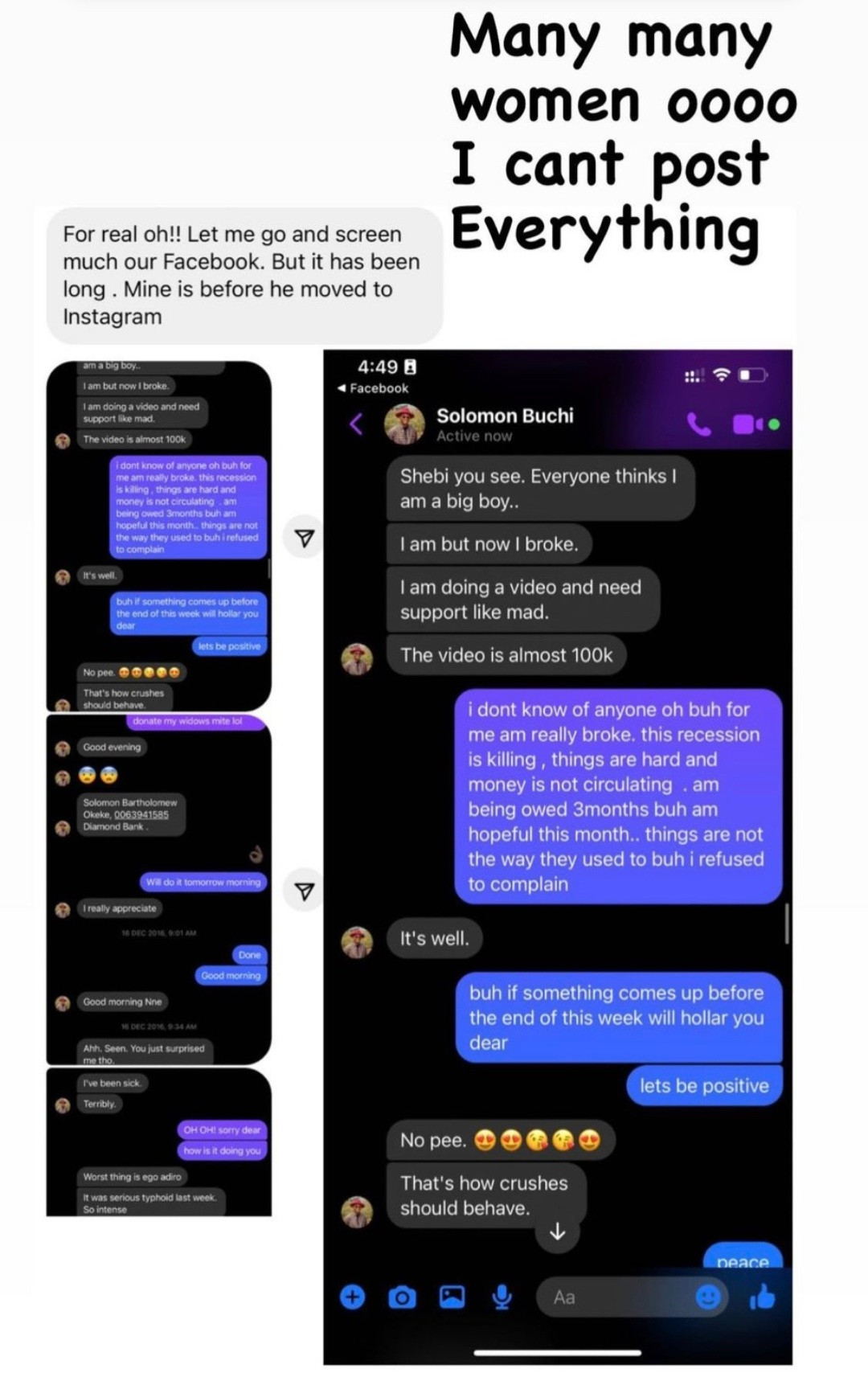 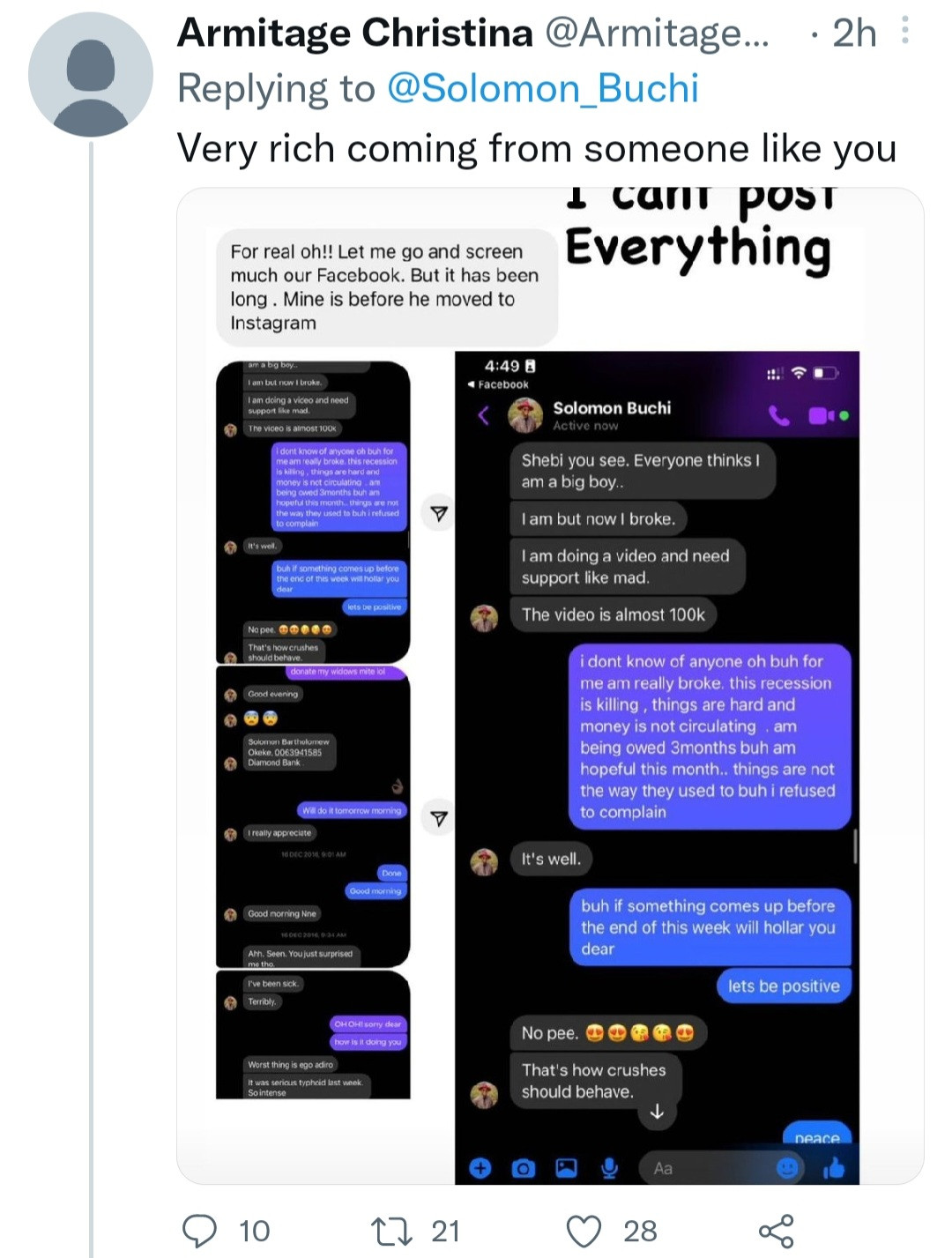 I respect you guys so much - Omah Lay to Fireboy, Rema