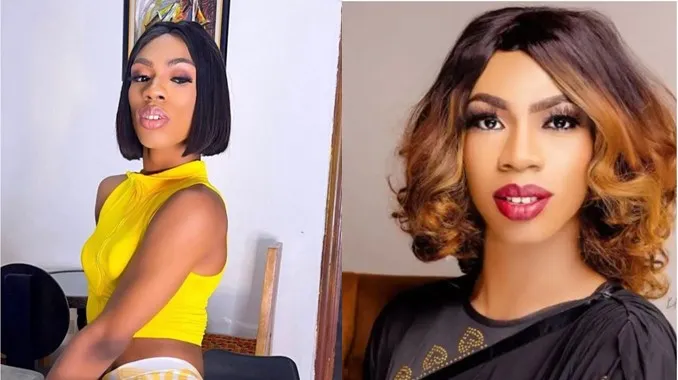 The self-acclaimed Princess of Africa said that without his online content which dwells on his daily activities as a drag queen, Nigeria would be âdullingâ.

James stated this while featuring on Frankly Speaking Podcast where he engaged in a debate with the hosts.

He criticised Nigerians for purportedly having issues with accepting crossdressers as part of the society even as citizens say they want things to change.

But one of the co-anchors spoke defensively about people seeing what he does as something weird, hence why they might not be comfortable or willing to accept his way of life.

But the Instagram Influencer argued that Nigeria is backward and anybody who shares that sentiment against queer people abroad would be deported.

The presenter said that what matters is the demographic, James is cashing out from, which is Nigeria, so that is the focus of their discussion.

He, however, added that all he does is helping Nigerians to clear their frustration and depression caused by the hardship.

Watch the video below: