Nigerians singer, Daniel Benson better known as BNXN, and his colleague, Ruger had a war of words on Thursday, April 25. 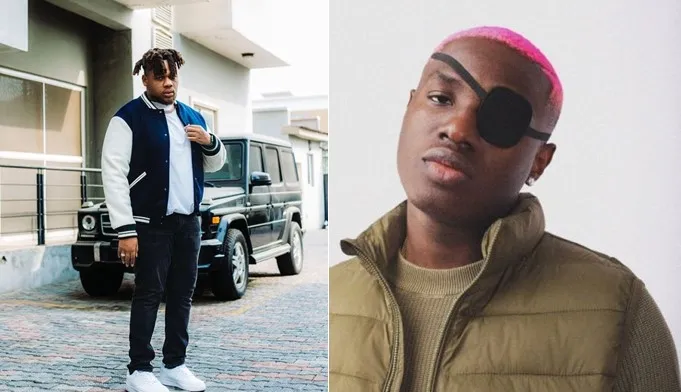 It was a continuation of a beef that started in July 2022 when Ruger while replying a fan said he is better than the âLenuâ crooner.

âI love Buju, heâs good but heâs not better than me. Everything Iâve done since the beginning was only RUGER. All my hits are JUST RUGER. Iâm always proud going on stage around the world with my own hits and everyone is singing along. You see the difference?â he wrote.

The recent clash on Twitter started after BNXN celebrated his new project, âBad Since â97, which currently tops the Apple Musicâs Nigerian album chart, by sending shots at Ruger.

He shared an image of the albumâs position on the charts and referenced Rugerâs lyrics from his song, Girlfriend, in a bid to shade him.

Responding to the tweet, Rudger mocked him by saying that he should first get a hit song without featuring any artiste before he can talk to him.

Ruger tweeted; âGet a solo hit then talk to me fatty bum bum.â

Get a solo hit then talk to me fatty bum bum

But it triggered the former Burna Boy protege who then went on a rant about how he is the better than the Jonzing Records artiste which is why he body shamed him.

âMan had to body shame? 😞💀 hurt him deeeeep 😂

My fans are the best in the world❤â

Project #1 and I didnât have to whine my waist 🥰

The project will ALWAYS be more important than the hit! Look at Burna Boy! Thatâs my yardstick, you think I wanna blow with 1/2 songs and I no fit come back ?? When he was dropping you didnât call those songs hits back then but you see now? Open your eye patchâ, BNXN wrote.