A self-described sea goddess has called out Ghanaâs most successful goal scorer and ex-captain of the Black Stars, Asamoah Gyan over the disappearance of Hiplife artist Castro, sparking a new round of turmoil on social media. 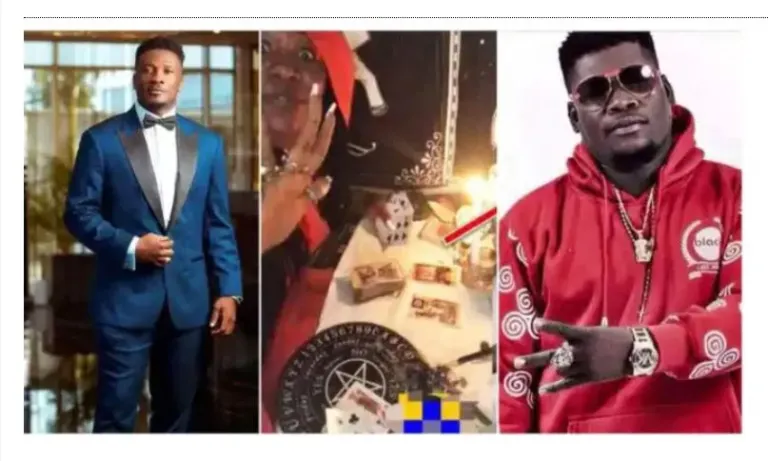 The two were allegedly involved in a previous argument where Asamoah Gyan threatened to make the goddessâ life miserable if she didnât stop bothering him.

The woman has been accusing him of being heavily involved in the âdeathâ of his friend Castro for some time, so he responded by threatening to deal with her if she doesnât stop destroying his reputation.

Gyan had previously warned her in a video saying; âIf I descend on youâ¦â Gyan said in the video while jamming to Hannah Marfoâs âAkristofo Adoosoâ song.

The woman known as Akosua Moon Goddess came back to hit at him while continuing to claim that he knows anything about the whereabouts of the previous serial hitman.

âDescend on me, do I look like a Christian? I am not making my revelation under the word of the Bible. I am not afraid of anything, so if you claim I am lying descend on me. I am waiting for you. Who told you I need the attention of killers?â she fumed with rage.

She further alleged: âI donât need killerâs attention so if you claim what I said was false, stand up, get up and descend on me. If not, I will personally descend on you because you actually did it. You actually killed your friend.

(Music) Chike - If You No Love ft. Mayorkun