Social media users are reacting to a video of a young lady going out of her way to prove her love to her man. 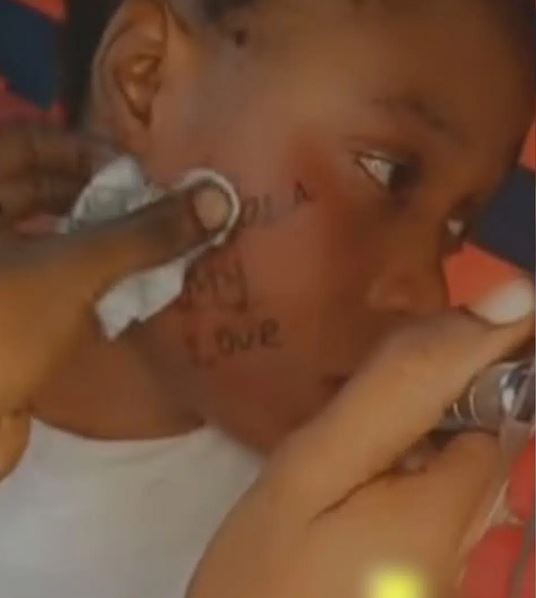 The unidentified lady had decided to show her unwavering love for her boyfriend, identified as Aintola, by tattooing his name on her face.

In a viral video making the rounds on social media, she can be seen sitting comfortably while the tattoo man inked her boyfriendâs name on her face.

The video has stirred a plethora of reactions from Netizens some who seem to think that she shouldnât have done that since their relationship could end.