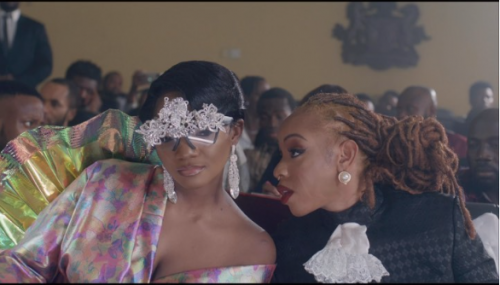 LOYAL is taken from Simi’s latest album titled, ‘To Be Honest’. On TBH (To Be Honest), a project three years in the making-SIMI contemplates love, gratitude and betrayal with a set of edgy songs that run the gamut of emotions. STREAM/GET HERE

ââLoyalâ is inspired by an experience that I had. I donât have a lot of close friends, but my friends are really important to me, and I expect that for you to be in my circle, I can trust you. I had a situation with one of my friends where I felt pretty betrayed and let down, and I felt like it would be nice to put them in their place. Iâm just talking about how I want to know if youâre loyal to me. I donât settle for backhanded friendships. I loved Faveâs verse as well. Itâs really calm, but it’s also so intense, and I really love how we just flow together on the beat.â Says SIMI.

Enjoy the visuals below;